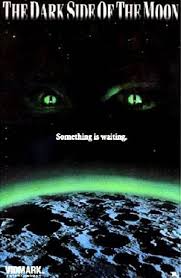 Tagged Dark Side of the Moon, Demonwarp, Teege Braune, Word For/ Word