The Problem With Epic Disaster Movies…

I didn’t hate “2012” (and, in fact, it’s a movie that–like “Independence Day”–is so goofy that it’s tough to really hate), but I do think that it represents the absolute epitome of all that is wrong with big-budget Hollywood action/adventure epics in the post-Millennial, in-love-with-CGI world. 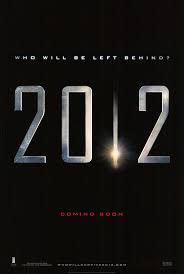 Okay, so here’s the premise: the world is ending (tectonic plates shifting, oceans moving, general mayhem and destruction, etc.), and a few characters are trying to race across the globe to make it aboard a high-tech ark that will save a select few humans from the end of the world. Preposterous, yes, but this movie never sets out to be anything more than escapism. That hint of environmentalist commentary we saw in “The Day After Tomorrow?” It’s pretty much been erased from this script.

Here’s why I think this movie is the epitome of all that’s wrong with big-budget action movies these days, though: there are sequences in “2012” so ridiculous, so unbelievable, so dangerous and death-defying, that–when the characters survive–you aren’t necessarily on the edge of your seat…instead, you just expect it. Remember “Raiders of the Lost Ark” and “Temple of Doom,” when the characters outran boulders and rode on jerky underground rail cars, and you held your breath and hoped they made it out alive, even though (hello?) they were the stars of the film, and we knew they weren’t going to die? Well, in “2012,” the characters aren’t hanging on for dear life during a rickety bridge collapse; no, they’re flying planes through the shifting plates and mountains of a world gone to hell, dodging balls of lava and buses falling from the sky; they’re making maneuvers that the best video gamer couldn’t even complete, and they’re doing it for two full hours, without enduring a scratch.

At some point (early in the film), you stop holding your breath. You just say, “Well, the filmmakers are throwing a bunch of crazy shit at the characters, and they’re not going to die.” The bigger the spectacle, the less danger (and the less drama) we actually have. It’s like comparing the action scenes from “Raiders of the Lost Ark” (outrunning a boulder) to “Crystal Skull” (saved from an atomic bomb by jumping into a refrigerator?), or the simple spaceship fights of “Star Wars” (Millennium Falcon vs. two or three Empire ships) to “The Phantom Menace” (a billion fighter ships on the screen at once). We throw up our hands. We appreciate the visual, but we don’t worry about the characters in the center of it all.

So no, “2012” wasn’t a “hate-able” movie. But it also isn’t a very gripping movie. There’s more danger in a single scene of action films from 10-15 years ago, even bad ones like “Volcano” or “Dante’s Peak,” because we can honestly picture the characters fighting their way through these situations. In “2012” (and “Crystal Skull,” and a thousand other spectacle-based action movies), we’re just watching a few human tour guides showing us the best digital animation that money can buy.