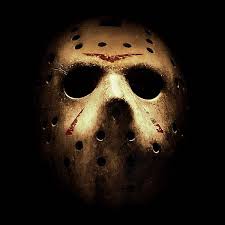 I never liked the original “Friday the 13th,” and yet I somehow wound up renting and watching every single film in the franchise. The worst, I think, was Part IV, or maybe V, which seemed to have been produced in about ten minutes, and featured only random stock footage of Jason walking quickly through the woods, and then other unrelated footage of a machete slicing into a teenage victim (we never saw Jason actually killing anyone…strangely, it seemed as if the Jason actor was MIA for the filming, so they had to quickly scrape together a film using only stock footage). “Jason Goes to Hell” was pretty terrible, also, and yet I watched it, and I even dragged a bunch of my fraternity brothers with me to go see “Jason X,” where Jason Vorhees kills teenagers in space.

In other words, I will watch pretty much any horror movie. I watched ten “Friday the 13th” movies before this one, and I didn’t like a single one. So when I tell you that this new “Friday the 13th” remake is absolute crap, you have to be skeptical, right? I’ve hated all of the movies so far, and yet I still keep watching them? There must be something redeeming, right, or why wouldn’t I choose to spend my time in some other way?

The answer: I really don’t know. With this remake, I think that I was expecting some new filmmaker to tackle the franchise in a new and interesting way, a la Quentin Tarantino tackling old washed-up film genres and somehow making them feel fresh and new. But this new “Friday the 13th?” It’s pretty much the same as the old, except with a bigger budget and crisper sets. The characters are all stereotypes (some of them blatantly offensive), and Jason Vorhees is still able to be in ten different places at once, defying all rules of logic/ gravity/ motion/ science.

But hey, at least the movie gave a great final “scare,” which–like the original–was probably the only memorable part of the entire movie. Oh, and the nudity. I suppose the topless females are always a plus.