Re-Experiencing the ’80s Through Horror Flicks

As you might recently have seen from my essay “The Horror Aisle” at The Burrow Press Review, I’ve tried–over the last couple years–to re-watch and re-experience the ’80s and ’90s through old horror flicks. In that essay, I described my experiences with the movies The Sleeping Car and Dark Side of the Moon. But there were other movies I watched or re-watched, too. Some of them, I watched because…well, I’d watched the movie as a kid, and I’d loved it…and I wondered if it was still any good, or if I was just a crazy and delusional kid. Others weren’t “re-watch” efforts, though. Sometimes I just found some old horror movie on Netflix and watched with the mission of filling in gaps in my pop culture/horror knowledge. Like, I was really compelled to watch Phantasm because, um, how had I not seen this? Was I the only person in the world who hadn’t seen it? (Sanity Alert: that’s one of the dumber and more irrational thoughts I’ve ever had.)

Here, in no particular order, are some of the short observations and reflections that I wrote after my viewing experiences.

It’s amazing to think about the movies that entertained and “wowed” me as a youth, and it’s amazing to think that I really couldn’t tell the difference in budgets/FX from movies like “Gremlins” and movies like “Critters” and “Ghoulies.” So I watched this movie again. Let’s just say this: stick with “Gremlins.” A lot more mayhem, and a lot less time spent with rednecks standing around pointing at hay or using down-home country expressions that are supposed to be cute and endearing. 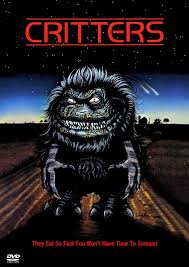 Why do so many of the 1970s cult classic horror films now seem so trite, so boring, and even so horribly inept? I watched a whole heap of them. From Don’t Look Now to Last House on the Left, so many of these movies seem to rely on awful gimmicks and twists (and dialogue) that would make an Introductory Fiction Writer cringe. I’d like to think that these movies are artifacts, appreciated if viewed in context, before steady advances in special effects and even in the quality of horror scriptwriting…but Rosemary’s Baby  and Night of the Living Dead came in the 1960s, and these movies still subscribe to solid storytelling techniques.

Phantasm, on the other hand, has no sense of internal logic, and ends with the protagonist waking up. It was all just a dream! Really? A dream? So I watched an hour and a half of some little douche-bag teenager’s dream? Cool. It’s like The Usual Suspects, except it doesn’t just change the way we viewed the previous ninety minutes; it negates it. And there are people out there who justify this sort of filmmaking by calling it a “cult classic,” as if it was daring to have a character wake up from a dream at the end. Um. No. It was a cop-out. 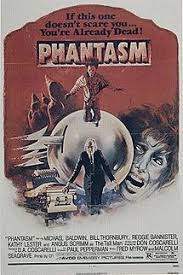 I’m an absolute sucker for ’80s horror films with a now-famous name attached to them (i.e. George Clooney in Return to Horror High). And every time I watch one of them, I wonder why I ever bother. Funhouse is interesting for just one reason: it’s strange to me to see the weird ’80s trend of using mask-clad slashers whose faces are horribly disfigured, grotesque, latexy, even alien-ish…and there’s always one scene where a character grabs the mask, lifts it, then screams. Um. Did ’80s audiences not see it coming? That every masked killer would look the same, like a cross between E.T., Sam Cassell, and Sloth from Goonies? Anyway, this film is slow and brainless. No real sense of logic, though the main actress is quietly unsettling for some reason. 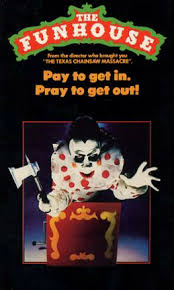 I remember seeing this movies as a kid and loving it. But then again, I was a stupid kid, and I probably confused this film with Gremlins. In any case, I re-watched it recently, and I honestly can’t believe this thing was ever made. It’s truly terrible. It makes Critters look like cinematic gold. When the movie focuses on the little green ghoulie creatures, there’s some fun to be had…but 90% of the film is involved in this strange satanic/ warlock plot, with amazingly atrocious special effects. I’m not even lying: I really cannot believe this thing was ever made. It’s staggering to the imagination that there were several people who thought this would be a good idea. 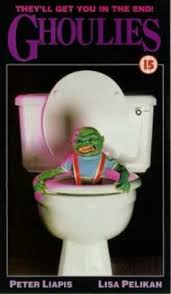 Not exactly The Walking Dead or Zombieland, but if you’re looking for a movie that combines (a) apocalypse, (b) zombies, (c) horrible ’80s hair, clothes, music, and catch-phrases, (d) secret underground military labs, of the type only found in ’80s Cold War movies, (e) a sense of self-amusement, and (f) amazingly eerie ’80s special effects which create–lord only knows how–a deserted Los Angeles populated only with red dust and zombies…then Night of the Comet is the perfect movie for a “Bad Movie Night!” If you want substance, check out the original Dawn of the Dead. But this movie seriously felt like I was watching an episode of “I Love the ’80s.” The filmmakers should remake it in “Pop Up Video” fashion, which could be even more fun. 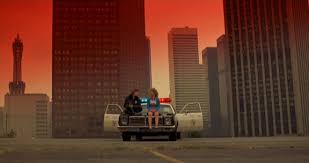 When I was a kid, I used to watch this movie for the werewolf transformation scenes. Lots of under-the-skin bubbling, fur growing out of biceps, claws extending, that sort of thing. It’s really cool if you’re 10. I recently watched this movie again (oh, Sci Fi Channel, thank you for answering my prayers for bad horror flicks), and let me tell you: it’s not quite so cool when you’re old enough to have kids of your own. Absurd premise, stupid plot developments, and laughably awful special effects by today’s standards. This movie’s a childhood relic, and nothing more. Boy, this entire blog post was kind of a downer, huh? 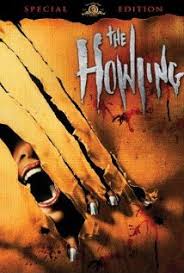 This entry was posted in Movies - Holic on Horror. Bookmark the permalink.